The Aspire Racing team headed down to Baltimore, Maryland, for the C1 race on Day 2 of CHarm City Cyclocross in the iconic Druid Hill Park. The racing on Sunday was dry, sunny, and fast—and the spectators (and hecklers) were out in full force.

Ellen finished in ninth in the women’s race after taking the holeshot and leading for the first lap of the race. “Charm City was a disappointing race for me, with some breathing issues playing a big role in how I felt,” she said.

“However, it’s great to have the team back together again and I’m looking forward to being 100% for Gloucester next weekend.”

The team was indeed back together now that Jeremy has recovered from his crash at Trek CXC earlier in the season, and his form is coming on as he finished second to Stephen Hyde in a long battle with a large lead group until the last lap and a half of the race.

“It feels great to be back and racing again for the podium and win,” he said. “I felt great through the race but was lacking in my technical ability and didn’t feel I had my rhythm until three laps to go.”

That’s when Jeremy moved to the front of the race and took control of the group until the last lap, when Stephen got away in a solo attack. “The courses this year have been fast and hot so I’m looking forward to the fall weather thats coming in as the cooler temps will suit me better! ” Jeremy added. “Looking forward to continuing the comeback in Gloucester next weekend!” 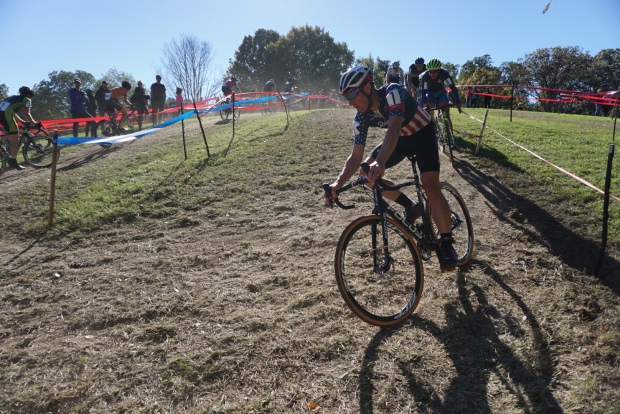 Read more about the race here: